Our children may one day judge the decisions we make today

Our little skipping girl is called Saoirse, which is Irish for freedom and liberty. We aimed to depict the innocence of all children in her image.

A little historical symbology that may interest you

In Ancient Egypt, truth, justice, balance and order was governed by the goddess Ma’at. She was depicted wearing an ostrich feather on her head-dress. The ancient Egyptians believed in the order of the universe and that Ma’at kept everything in balance. According to Ancient Egyptian mythology, to pass through to the afterlife, a person’s heart was weighed on a scale against Ma’at’s ‘Feather of Truth’. If the heart balanced with Ma’at’s feather, they could continue their journey to the Afterlife. If not, their journey ended. This belief provided society with a strong sense of morality and justice.

The modern day ‘Lady of Justice’, that we see holding a set of scales in our modern day legal system, is linked to the ancient goddess Ma’at.Every parent deserves the right to consider the health repercussions for their own child and make appropriate decisions for them. Let’s stand united.

We use cookies on our website to give you the most relevant experience by remembering your preferences and repeat visits. By clicking “Accept All”, you consent to the use of ALL the cookies. However, you may visit "Cookie Settings" to provide a controlled consent.
Cookie SettingsAccept All
Manage consent

This website uses cookies to improve your experience while you navigate through the website. Out of these, the cookies that are categorized as necessary are stored on your browser as they are essential for the working of basic functionalities of the website. We also use third-party cookies that help us analyze and understand how you use this website. These cookies will be stored in your browser only with your consent. You also have the option to opt-out of these cookies. But opting out of some of these cookies may affect your browsing experience.
Necessary Always Enabled
Necessary cookies are absolutely essential for the website to function properly. These cookies ensure basic functionalities and security features of the website, anonymously.
Functional
Functional cookies help to perform certain functionalities like sharing the content of the website on social media platforms, collect feedbacks, and other third-party features.
Performance
Performance cookies are used to understand and analyze the key performance indexes of the website which helps in delivering a better user experience for the visitors.
Analytics
Analytical cookies are used to understand how visitors interact with the website. These cookies help provide information on metrics the number of visitors, bounce rate, traffic source, etc.
Advertisement
Advertisement cookies are used to provide visitors with relevant ads and marketing campaigns. These cookies track visitors across websites and collect information to provide customized ads.
Others
Other uncategorized cookies are those that are being analyzed and have not been classified into a category as yet.
SAVE & ACCEPT 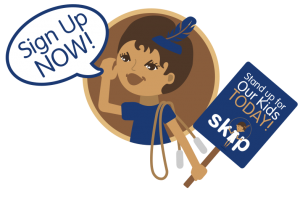 STAY UP TO DATE
Our bulletins examine important questions about the Covid-19 response and the resulting health and wellbeing impact on our children.

TAKE ACTION
Resonate with the concerns raised? Our bulletins provide step-by-step guidance on how to share your insights with Government, family and friends.